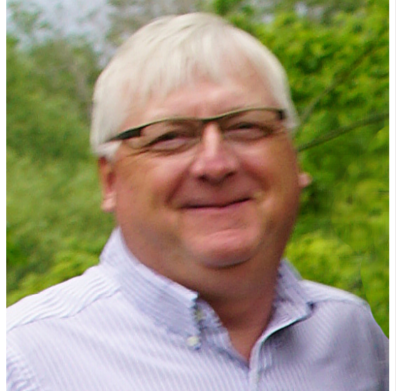 He was born on March 30, 1960 to the late Gerald and Carolyn (nee Pliska) Bungert in Milwaukee WI. On October 8, 1983 he was united in marriage to Debra Thiry in Milwaukee. Roger worked in the printing industry his whole life, starting his own business in 1986, Guaranteed Service & Supplies, in West Bend. He was a member of St. Michaels Catholic Church and the Moose Lodge in West Bend. Roger loved the outdoors, hunting, fishing, and weekend trips up north to their cottage in Crivitz. He was a Packers and Brewers fan. Roger especially enjoyed spending time with family, his children and all his grandchildren. Roger touched many lives and will be dearly missed by all who knew him.

In addition to his parents, he is preceded in death by his father-in-law, John Thiry.

A Memorial Mass in remembrance of Roger will be held on Saturday, October 26, 2019 at 12 p.m. at St. Michaels Catholic Church in St. Michaels, 8883 Forest View Dr., Kewaskum.

The family will greet relatives and friends at the church on Saturday from 9:00 a.m. until the time of Mass.