MABAS Division 111 box card 15-1-1 was activated and the fire was quickly upgraded to the second box alarm level. The six unit condominium building did not have a fire sprinkler system or a fire alarm system. 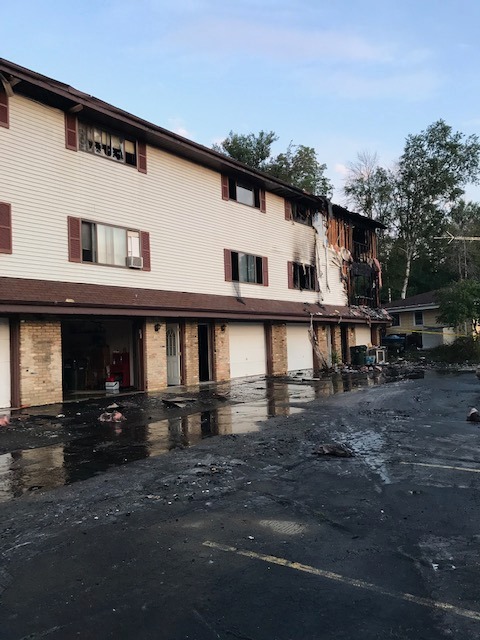 Mutual aid was provided by:

All occupants of the complex were evacuated safely. The Red Cross is assisting the families. The cause of the fire is under investigation.

According to State Statute 101.145: the owner of a building put in smoke detectors and the occupant maintains the smoke detector.

If maintained by the building owner that person has five days to make it functional and a $50 fine each day until it’s fixed.

According to the fire department with regard to the sprinkler and fire alarms – that building was built before those codes were in place and required.

Building is a condo and there are six separate owners. It was up to the condo owners to have the smoke detectors.

WB Fire Department returning at 3 p.m. so owners can get personal items.

Cause of fire remains under investigation