Slais led the effort to recycle the flagpole that formerly sat in the yard at Barton Elementary School.  “We’re planning on adding it to Overlook Park on N. Main Street,” he said. 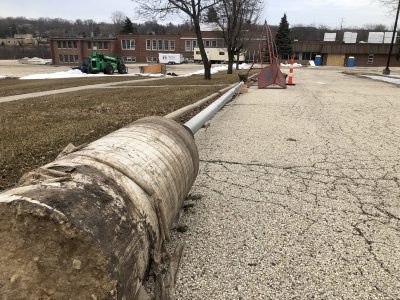 With the help of Kohnke who manned a forklift the flagpole was set on a trailer followed by the red rocket jungle gym.

Slais said the flagpole is being moved to the park overlooking Barton Pond. “We’re going to leave all the battle scars on it and put it back up,” said Slais.  The flagpole dates to around 1960. Salvaging the pole saved the Barton Association about $4,200. 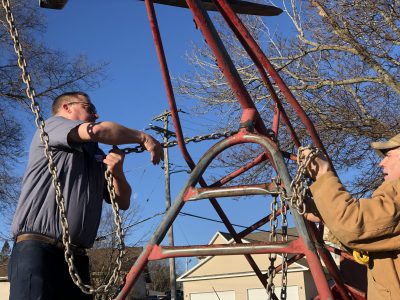 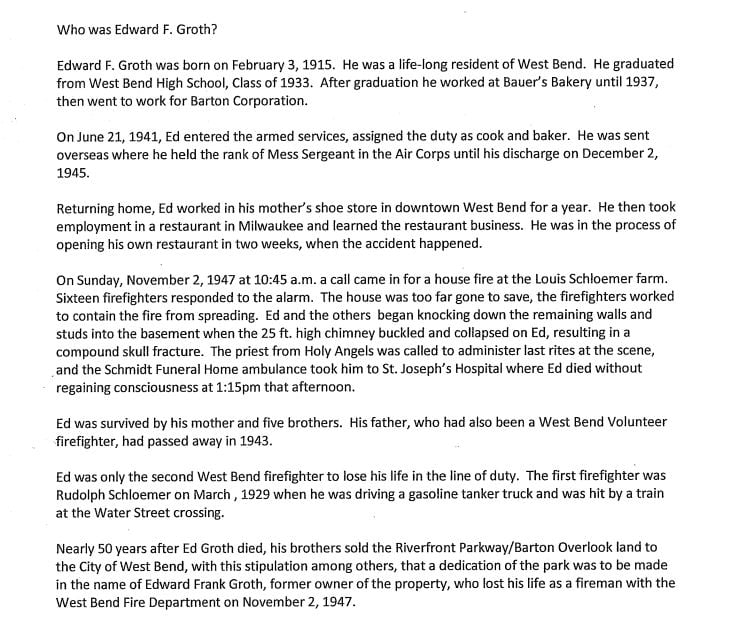