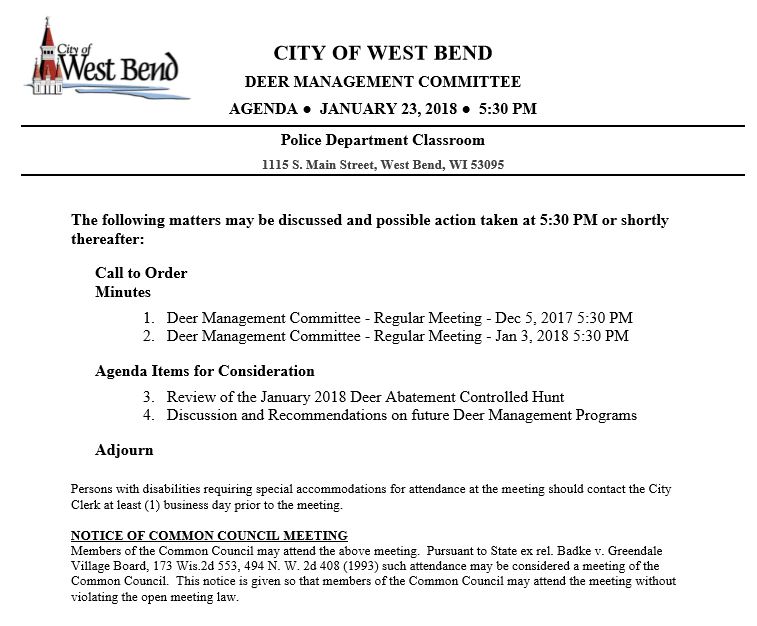 Jan. 23, 2018 – West Bend, WI – A wrap-up meeting is going to be held tonight regarding the Deer Management Program in West Bend. The goal of the five-day bow hunt was to trim the deer herd by 40 deer.

In the end, the hunters managed to kill three.

Stats (below) show the hunters saw a healthy population but it sounds like they couldn’t get a good shot and the deer seemed to sense their presence.

If we can get past the misinformation about “trophy hunters” … what would be your thoughts on moving forward? Should the city schedule a second hunt, hire sharpshooters, amend the standards to qualify for the hunt or tank the program altogether because you think deer aren’t really a problem.

Tonight’s meeting is open to the public.

Below is the story posted Jan. 17.