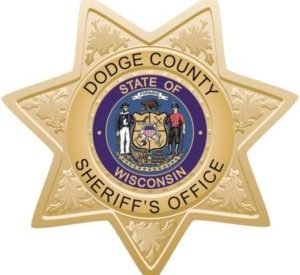 At about 9:04 p.m., 911 calls were reported regarding a multiple vehicle traffic crash near the city limits of Beaver Dam.  The sequence of events is still being investigated and the incident is being investigated as twp separate, but related crashes.

Two sport-bike motorcycles were traveling southbound in a group of at least four cycles when two of them collided in the southbound lanes immediately north of STH 33.

One cycle rider was ejected and lying in the left traffic lane.  The other involved cycle pulled to the right shoulder, walked into traffic, and was struck by a southbound minivan which was avoiding the first crash scene.

Both cycle operators were transported to an area hospital, one of which was flown from there to another medical facility with critical injuries.  The other driver remains hospitalized with non-life threatening injuries.  The operators of the other cycles were not located.  The driver and occupants of the minivan were not injured.  No identities will be released for at least 24 hours.

The crash remains under investigation by the Dodge County Sheriff’s Office and its Crash Investigation Team (CIT).  Any people who may have witnessed the events leading up to or including the crashes are asked to contact the CIT at 920-386-3726.

The Dodge Co. Sheriff’s Office was assisted at the crash by the Beaver Dam Police Department, Wisconsin State Patrol, Beaver Dam Fire and EMS, and DCERT.

Both southbound lanes of USH 151 were closed for the investigation.

Previous articleVIDEO | Kirchhayn Trotters 4-H welcomes you to the 2018 Washington Co. Fair
Next articleJobs, jobs, jobs at Desert-Aire in Germantown