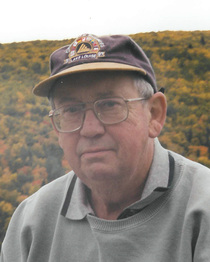 Douglas A. Wills, age 81 years, passed away unexpectedly Wednesday January 27, 2016 at his residence. He was born on June 8, 1934 in Norway, Michigan to Russell and Lily (nee Hammarlund) Wills. He graduated from Norway High School, class of 1951 and later graduated from Michigan State University, class of 1956.

After graduation, he was employed by Arthur Anderson in Chicago and then later transferred to Milwaukee, where he met Elizabeth (Betty) Rice, a nurse who lived in the same apartment complex. Doug and Betty married on October 18, 1958 in Tomah, WI. The couple soon moved to West Bend, where he joined B.C. Ziegler Co. in 1959 and retired in 1987.

He was an active member of his community during his 56 years living and working in West Bend, giving freely of his time and talents as a CPA, most notably as a director on the board of The Threshold.  Doug was an avid Michigan State Spartan fan, loved golfing, traveling, was a tremendous reader, and above all else, loved spending time with his family and grandchildren.

The family would like to thank Lisa Perkins and Doug’s many neighbors for their help with his care the past six months.