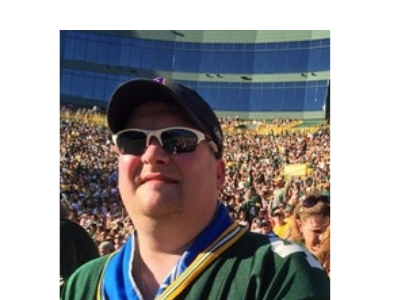 He attended UWWC for a year before attending the University of Northern Michigan, earning his Bachelor of Science degree in Physical Education in 1994. He then earned his teaching certificate in 1995 from Concordia University in Mequon. After college he spent a year in Arizona before returning to Wisconsin where he began teaching at Messmer High School in Milwaukee.

Chris started coaching hockey for the Washington County Youth Hockey Association. Since 2002 he coached the Homestead Highlanders High School hockey teams and for the past 16 seasons was the JV head coach. He has also been extremely active in the West Bend Athletic Association as a player and umpire and currently was the president of the board of directors.

He enjoyed spending time up north at the family cabin in Crivitz where he would hunt and fish and enjoy the outdoors.

Please join us as we celebrate Chris’ life on Saturday, March 23, 2019 from 12:00 noon until 4:00 p.m. at the Columbian KC Hall, 3245 Lighthouse Lane, West Bend with a service of remembrance at 1:00 p.m.  In lieu of flowers memorials to the West Bend Athletic Association are appreciated.