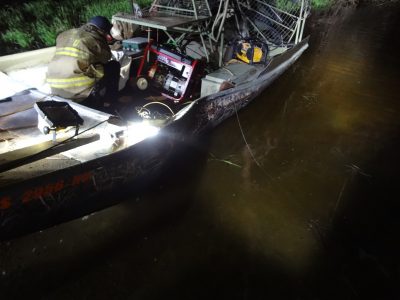 Preliminary investigation shows Erik Joost, 23, from Waukesha was operating a 2006 airboat when it struck a tree.

A fourth passenger Robert Krueger, 24, from Waukesha was not injured in the crash. The occupants were able to get back into the boat and drive it to the boat launch.

First Responders met them there and began treatment.

Speed and low visibility appear to be factors in the crash.

The crash remains under investigation by the Dodge County Recreation Patrol and the Wisconsin DNR.