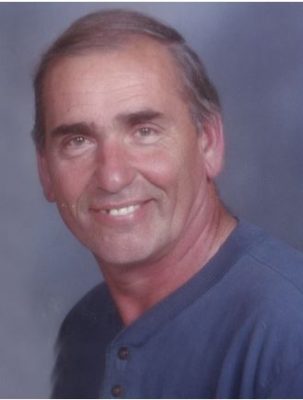 Dec. 15, 2016 – Barton, WI – The funeral for Gerald Schmidt is this afternoon. Gerald’s family will greet relatives and friends at St. Mary’s in Barton from 3:30 p.m. until the time of Mass.

Gerald P. Schmidt, 71, of West Bend, passed away at home, surrounded by his loving family.

Gerald was born on June 27, 1945, in West Bend to the late Andrew and Susan (Schmidt) Schmidt. On March 30, 1968, he was united in marriage to Diane Johann at St. Michaels Catholic Church in St. Michael.

Gerald had a huge passion for family, cars, music, and his shop. If he wasn’t spending time with his family, he could be found at car shows or helping someone with anything they needed. Gerald loved to laugh and tell jokes. His sense of humor will be remembered.

In addition to his parents, Gerald was preceded in death by his parents-in-law, Marvin and Agnes Johann; two brothers, Richard Schmidt and Eugene Schmidt.

A Mass of Christian Burial for Gerald will be held at 7:00 p.m. on Thursday, December 15, 2016, at St. Mary’s Immaculate Conception Church, 1610 Monroe Street, in West Bend “Barton”. Father Justin Lopina will officiate and burial will take place on Friday at 10 a.m. in St. Mary’s Cemetery (New) on Forest View Road in the town of Barton.

Gerald’s family will greet relatives and friends at the church on Thursday from 3:30 p.m. until the time of Mass.

In lieu of flowers, memorials are appreciated to St. Mary’s Immaculate Conception Church in Barton and Lac Lawrann

The Myrhum Patten Miller and Kietzer Funeral Homes have been entrusted with Gerald’s arrangements.

The family would like to thank Kraemer Cancer Center, especially Kristi and Jenna and to Lisa at Serenity Hospice.