January 6, 2021 – Grafton, WI – Two weeks after beating Slinger on the road, 53-36, the Grafton Black Hawks stood tall again defending its home court in a conference return match against the Owls. 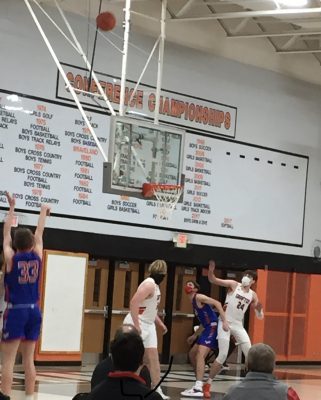 The Black Hawks jumped out to an early advantage due to the Owls overreliance on the three-point shot in the opening possessions of the game. 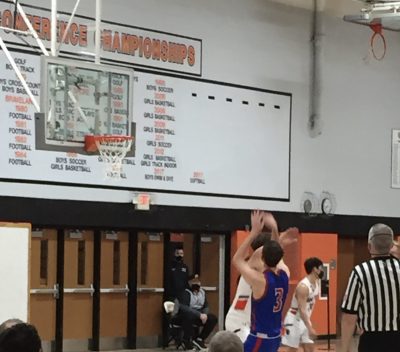 Slinger did tighten up its offense and began to pull closer in the first half. However, Grafton went on another brief scoring run before the half to take a 26-20 lead into the break. 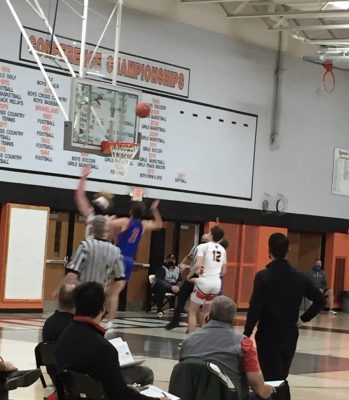 The beginning of the second half saw Slinger cough up the ball at the worst possible times, not due to fouls, but rather unlucky bounces and unfortunate mental errors.

The Black Hawks didn’t necessarily have an easy time scoring though, as the Owls contested almost every shot throughout the game, but Slinger’s stout defense was not enough to prevent the ball from going in whilst Grafton held it most times. 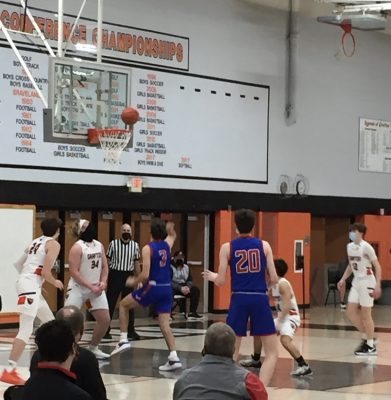 A slam dunk by Grafton senior Brock Heffner midway through the second half was an exclamation point that signified the Black Hawks taking control of the game and they never let go, always leading by at least six points or more to closeout the game.

Scoring wise Slinger was led by senior Derek Erdmann, who had 18 points including six baskets inside the paint. Grafton’s leading scorer was freshman Michael McNabb who had 22 points, which included four three-pointers and going a perfect six for six at the free-throw line.