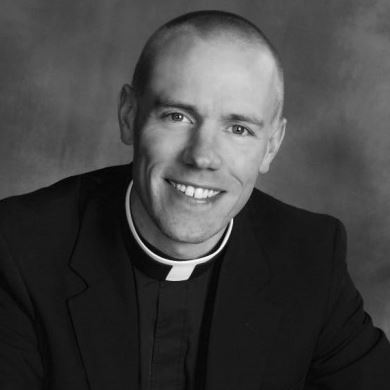 Dec. 21, 2017 – West Bend, WI – A Healthy Approach to Same Sex Attraction: For a few years now I have had the privilege to walk with men and women who experience same sex attraction, and who desire to live an integrated life of wholeness and joy, in fidelity to the demands of chastity.

They do not like the terms “gay” or “lesbian” because they understand that whole, healthy persons do not reduce themselves to their mere parts, or to clumsy labels that can put them in boxes for years to come.

These same men and women also understand the pitfalls of sharing their own sexual struggles and attractions with wide audiences. Occasionally some of them may prayerfully discern the need for a carefully delivered witness talk about their story in support of the Church’s teachings, but such situations are the exception rather than the norm.

In our modern culture where the prevailing approach to sexuality is to speak without restraint, the people that I walk with attempt to take a very different approach that treats such topics with the delicacy, modesty, and sacred veiling that they deserve. We are not meant to live as though we are turned inside out, and doing so is not necessary for healthy integration.

There is wisdom in their approach, and it is one many of them have learned the hard way. Their approach is also the recommended pastoral approach of the Catholic Church, grounded in centuries of careful study of the human condition, and guided by the unbroken truth of revelation.

The men and women who experience same sex attraction, seeking to live life in the way that revelation clearly points out to us, are painfully aware that it is very easy to awaken unhealthy desires in themselves, and others, when they dwell on the topic of sexuality too openly and too often. Doing so feeds the appetite for stimulation and unchastity, glamorizing ways of acting and thinking that blur our reason and vision.

The men and women I walk with are keenly aware of the deep emotional wounds that frequently accompany their particular situation, which means they spend a great deal of time working to avoid attention-seeking behavior. They know how tempting it is to make their sexual struggles or personal wrestling into a focal point.   Their self knowledge leads them to work hard at focusing on the countless other facets of life that do not directly intersect with their sexuality.

They are also wary of being used and manipulated for other people’s agendas, especially that of the gay lobby. Many of them have been used already in life due to sexual wounds, and they have no desire to become a pawn in the manipulative game of identity politics that is sweeping the culture and now the Church as well.

For all of these reasons, and many more, these men an women do not make a point of identifying themselves as “gay.” It is precisely because they wish to be known as more than a label, and known as son or daughter of God first and foremost, that they quietly choose to deal with their struggles in the protected and appropriate zone of private spiritual direction, the confessional, and a trusted support group.

This is why the best pastoral approach that the Church can suggest to people who experience same sex attraction is NOT to “come out” as “gay.” Doing so only leads to more confusion, pain, and emotional frustration. It is not in accord with the virtue of chastity, or the dignity of discretion that we are all called to. It does not lead to wholeness, joy, or healing but rather the reverse.

Is there such a thing as a “Gay Celibate?”

All of the above is adequate reason to be troubled whenever a Catholic priest chooses to “come out” at Mass, from the pulpit, to his congregation. Doing so is a wildly unhealthy thing for any man who experiences same sex attraction as our pastoral practice over the years has shown again and again.

In the case of a priest, however, the situation is even more acute.

Priests should know that the people in the pews have the right to receive, at Mass, the unbroken teachings of the Catholic Church, rather than being forced to make a false choice between supporting or abandoning an emotionally challenged priest who willfully makes the occasion of a homily about his own interior struggles that are best left dealt with in the internal forum of spiritual direction and pastoral counseling.   Being forced to make a judgment about the needs of a priest of God, their shepherd, causes deep wounds to their faith and unleashes wave upon wave of confusion.

Granted it is easy to get confused about why we might want to be supportive of a priest, or any man, to do something so public. After all, the Church does recognize that people struggle, and we know that God has infinite patience for us as we strive after the life of goodness and virtue. Priests are weak men, too, that much is clear.

But, the priesthood, and a life of celibacy by its very unique and beautiful calling, can never be about exercising authority in order to meet the emotional needs of the minister. That is not the radical other-centered behavior that all priests (and all fathers, mothers, consecrated men and women) are called to.   The love and acceptance that any priest who “comes out” is seeking is never authentically discovered in such a radically self-revelatory act.

Only Christ can calm our restless inner need for earthly affirmation. And he does so most keenly as we strive to assent to the truth of his revelation about human nature. For married couples this assent to revelation finds its proper context in the marital embrace and in the daily lived sacramental reality of married life, and even then the Church recognizes this state to be only a temporary one, confined to this life.

The celibate priest, on the other hand, must find the healing and affection his heart desires in the context of radically other-centered shepherding, as he is conformed more and more to Christ the priest who offers himself as a pure sacrifice for the salvation of all. And even then, at the core of celibacy is an intentional ache that priests must rest within, deliberately, so that they can realize most deeply that it is Christ for whom they, and all humanity, longs.

To speak of a “gay celibate” is theologically, pastorally, and emotionally confusing and incoherent. One term, “gay,” is about an identity reduced to categories and misplaced emphases. The other term, “celibate,” is about a calling to the highest levels of other-centered integration and wholeness. The two terms are fundamentally incompatible.

If an ordained priest does happen to experience same sex attractions, then there are some essential points to abide by based on the Church’s pastoral wisdom. Firstly, the answer for him is …

Read the rest of Rev. Nathan’s article “On ‘Coming Out’ From the Pulpit” by clicking HERE.

Father Reesman is a priest of the Archdiocese of Milwaukee. He is the Shared Pastor of Immaculate Conception Parish, and also of Saint Frances Cabrini Parish, both in West Bend, Wisconsin. He is also the Courage and EnCourage chaplain for the Archdiocese of Milwaukee. Courage is an apostolate of the Catholic Church that ministers to men and women who experience same sex attraction.