March 30, 2019 – West Bend, WI – As a long-time resident of the West Bend School district, and an advocate for quality education in West Bend, I need to share my experience in regard to the proposed referendum. I have read and heard so many say it’s for education so we have to vote for it. 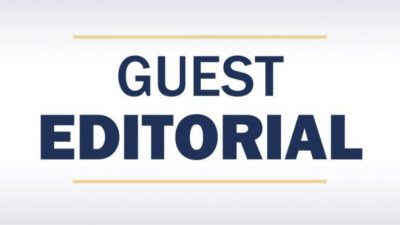 If it were about education I could vote for it, but it isn’t.

It is about buildings, and more specifically the maintenance of and lack of planning in regard to the buildings. And, the fact that some just want a new school to provide the fancy alternative work spaces that Bray Architectural Firm is flashing before them. We had an alternative learning program in our charter school and we chose not to fund that. Yet we want to push for the alternative space, which is what the new school is really about. Is our school district in the business of buildings, or is it education. I would choose spending on education. I went to a school built in the 1800s and when I entered West Bend East HS I was ahead of most of my class. The building certainly didn’t deter from my education.

I have been very active in getting information in regard to this referendum as I was on the Citizen Facilities Advisory Committee (CFAC). I believe this referendum will do more damage to the district than good. I was at the city council meeting when superintendent Kirkegaard presented the plan. Many of the Aldermen were concerned with the level of debt this would levy on the district. They know the city was strapped for several years under massive debt. And it was only when they got the debt under control they are able to now repair the roads that so desperately need it. They and I know that this debt will strap the district just as it did the city. The approximate $105 million of debt would dwarf that of the entire city of West Bend.

Besides the debt issue, at least one alderman had issue with the presentation stressing need. He said to Kirkegaard that while you claim you are not dictating which way to vote, it certainly sounds as if you are. Yes it was definitely a sell job as I was at several of the presentations.

This district continues to be dishonest with the citizens. And while many support the decisions, I wonder how many wouldn’t if they knew just how dishonest this process has been and the truth behind the spending. The level of dishonesty is to the point where the lack of credible planning to address objective issues, is a detriment to the district. Even many of the School Board members either don’t know enough to realize it, or are just taking an administrators word. Some said these fixes will prevent spending on maintenance in the future. That couldn’t be farther from the truth. Many of the real issues have not even been addressed when instead we are fulfilling someone’s wish list. Poor planning got us to where we are today, just as the current lack of credible planning will have the district back at the table for more money in the near future. Yes another referendum in just a few short years.

Back to CFAC. We took tours of both Jackson and the high school during the first couple meetings of the CFAC. The committee was supposedly assembled to address the objective needs. But on the 4th meeting Bray presented a list of needs to the committee including 113 items from Jackson and 76 From the HS most of which we never even discussed. Objective needs like “dated doors.” Not worn, rusted or unusable, but dated. When questioning where they came from, there was a lot of uncertainty and the Bray representative finally even admitted we were not there for what we were told. We were there because the 25-year plan said Jackson and the HS are the items to address next, and we were gathered to decide on how to sell it to you the people.

That was not the first but certainly the most telling statement, that the district has no intention of being honest with its citizens. The committee ended up not having all of the meetings we were supposed to and was never even allowed to report to the school board. Apparently they did not care what we had to say. We were just window dressing.

I can assure you, that while the district led you to believe the CFAC committee’s findings led to the adoption of the questions in the survey, it was absolutely not the case. And the survey report was definitely insulated from all of the real issues addressed in the survey. This whole process is sleazy.

Think about this, why would the district hire an architectural firm to run meetings to tell the district if we should spend more money with them. In what business model is that acceptable? There are many resources in the community that would be happy to give their time to help with the real issues. I have talked to many of them. That would also open it up to a trusting relationship and gain community buy in and support.

As far as the conditions of the buildings, let me first say that the person in charge of maintenance at the HS is doing a phenomenal job. I just wish his boss that oversees the district was as good. The mechanical that they say has outlived it’s life is in good condition. Yes we could certainly do some updating of controllers and such, but the general condition is decent. Even many of the committee members didn’t see the concerns the administration seems to have. The restructuring of the offices is definitely something that was planned poorly in the past. Who would put these separate school offices in the middle of the building away from the main entrances? While security wasn’t as crucial when that was done, it was certainly a factor.

The other main issue at the HS is the updating of the STEM area. There have been many opportunities over the years to update that area and some of the administrators and even teachers turned the money and assistance away. Looking beyond past mistakes, The real needs within the HS certainly wouldn’t come near $25.5 million. Keep in mind we are not getting any additional space, just re-purposed space for that large sum.

In Jackson, only the oldest portion of the school really needs to be addressed. Most of the school is in good condition. Yes it can use some updates but is certainly workable. Once again my biggest concern was with some of the poor quality planning and work of the past. The main electrical room has giant sump pumps in it. And they are positioned in a way that if you did that at your house it would be illegal. I cannot understand how this work could have been allow by inspectors or anyone within the district that knows code. Much of Jackson could be efficiently and effectively reworked. But none of that was seriously looked at. They just want a new school.

The main reasons were the extra alternative space which I already mentioned. And the others were due to traffic situations and a landlocked parcel that was too small. But now they want to build a bigger school while enrollment is declining. They are building on a landlocked parcel that is smaller than recommended for an elementary school. That lot is also chopped up with a residential property in the middle and utility access on the south side. And it is by the Rec. Center where there is already somewhat of a traffic issue. If we truly need to build a new school, can we not plan better than that? Moving to the same issues we trying to move away from?

Once again to spend the kind of money we are spending, without the real sincere planning needed to accomplish any specific and objective goals, is irresponsible. I have heard several say they need this money because they don’t have enough for maintenance. Yet we constantly see waste. We spent $300,000 to push out a superintendent someone didn’t like. We spend hundreds of thousands on non-essential issues that should wait behind the needed maintenance. And we often don’t hold contractors accountable for there work. Why should the district pay extra for contractors mistakes.

I will be voting NO to hopefully send the board and administrators back to the drawing board with the intent of coming back with objective goals and real needs for the betterment of education for this district.