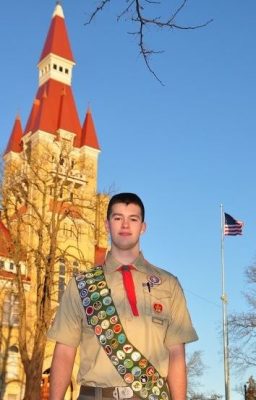 Cullen was recently featured on WashingtonCountyInsider.com as he was one of four scouts from Troop 762 to receive his Eagle Scout Badge.

SLE attendees live in the cadet barracks (dormitories), eat in the Cadet Mess, and participate in academic, leadership, athletic, and military workshops. The one-week seminars are designed to help juniors with their college-selection process, while giving them an idea of the importance of leadership and sound decision-making in their education, careers, and lives, in general.

All SLE attendees participate in virtual-reality war simulation, and military and physical fitness training, and, in addition, each student selects three of the 15 offered workshops.

The United States Military Academy at West Point is a four-year, co-educational, federally funded undergraduate college located 50 miles north of New York City. A preeminent leader-development institution, West Point was founded in 1802 as America’s first college of engineering. Since then, West Point has grown in size and stature, but remains committed to the task of producing commissioned leaders of character for America’s Army.