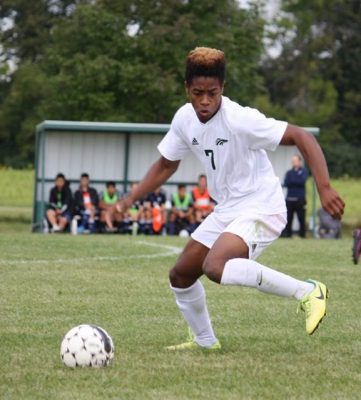 Sept. 15, 2017 – Jackson, WI – Kettle Moraine Lutheran grabbed its second win of the week with a 2-0 triumph over Saint Lawrence Seminary on Friday.

The Chargers dominated from the opening kick, creating several chances in the first few minutes.

The Hilltopper defense, stood strong, however, keeping KML at bay until the 42nd minute.

Joseph Raasch sprinted past several SLS defenders then played a cross to Alec Mueller, whose shot ricocheted off the keeper.

Ethan Duba was there to clean up the loose ball, slotting it home to put the home team in front.

The score stayed at 1-0 until the 79th minute, but Raasch’s powerful free-kick put it into the net to give KML a valuable insurance goal.

The Chargers return to conference play next week, hosting Waupun on Tuesday and Ripon on Thursday.