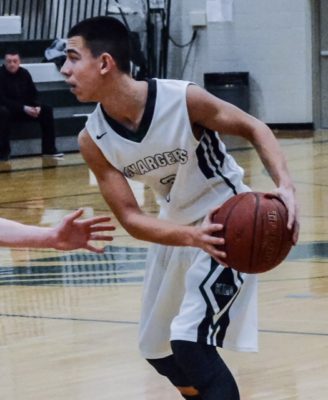 The Chargers took control early, going on a 12-3 run and never looked back; the team stretched its lead to 16 by halftime.

Winneconne cut the lead to 7 early in the second frame, but KML regained momentum and cruised to a 28-point victory.

Next on the schedule for KML is a date with the Red Knights of Milwaukee Lutheran, a game that will be held at Wisconsin Lutheran High School.

Photo of Grant Biesterfeld is courtesy of Diane Behm. 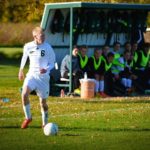 About the author: Jacob Moeller is a student reporter from Kettle Moraine Lutheran High School. A junior, Moeller is on the Chargers varsity soccer team. He enjoys covering sports for KML.

Previous articleObit: Bernice M. Manteufel, 89, West Bend. Together with her husband of more than 50 years, she worked side by side with him in the family-owned Maribel Dairy, specializing in cheese making.
Next articleObit: Leonard Manna, 89, Jackson