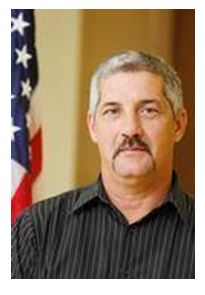 “After much discussion and thought I will not be filing papers for District 4 Alderman. Being a realist in a volatile political world does not serve my best interests. This city like status quo, not someone who challenges the system and expresses opinions. Therefore I will continue challenging both the social and political leaders of this community from outside of the establishment.”

Koehler took out papers Dec. 1. He said it was just for the heck of it. “Not sure if I am running yet, I stopped to wish Amy good luck and grabbed a package just in case,” he said.

Koehler ran for office in 2011. He always maintained a strong conservative stance and said he listened to his constituents. Koehler also was popular with city staff, visiting individual departments and learning how the city worked. Koehler ran for reelection in April 2015 and lost to challenger and current Dist. 4 alderman Chris Jenkins.

Jenkins and Dist. 8 alderman Roger Kist are the only two who have turned in all their necessary paperwork including signatures.

Aldermen in the even-numbered districts in West Bend are up for election along with the mayor.

Mayor Kraig Sadownikow has already indicated he’d run for another term in office.

Also, Kevin Aubery has picked up a packet for Dist. 2. So far no other paperwork has been submitted.

If more than three candidates run for a seat a primary would be held February 2017.