May 4, 2019 – West Bend, WI – On Tuesday, May 7, representatives from Kwik Trip will appear before the West Bend Plan Commission with a request to build a larger than normal sign at the corner of Paradise Drive and River Road.  A new Kwik Trip is being developed where the old Egbert & Guido’s Express / Citgo used to be. 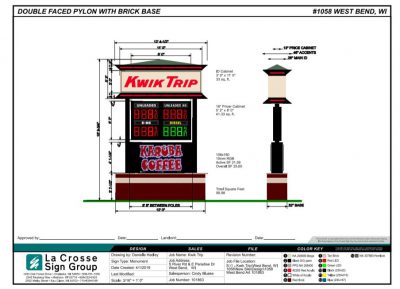 It was January 2019 when George and Kathy Muth announced that after 21 years of business they decided to sell their store to Kwik Trip, Inc. The Muths built and opened the Citgo gas station and convenient store in February of 1998. The store is located on the corner Paradise Drive and River Road which is part of the farm homestead that George grew up on.

Coming before the Plan Commission the representative from Kwik Trip said it would like to exceed the city standard of 16 square feet and instead place a 21.59 square foot electronic message sign on the corner.

Neighbors have been notified and so far nobody’s complained. The Plan Commission will have the final say at its meeting Tuesday. 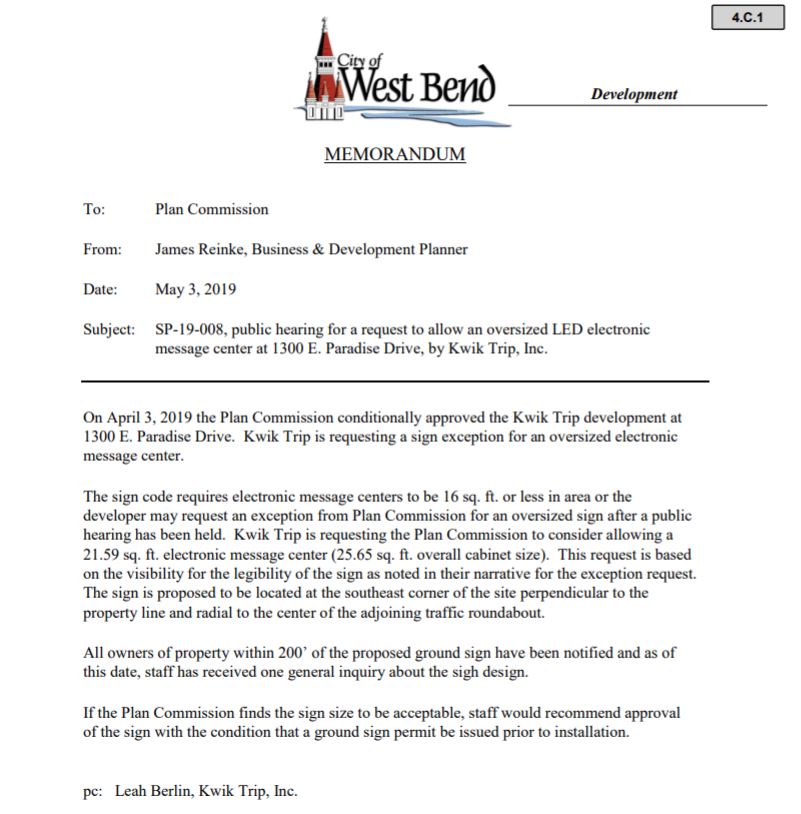 The Plan Commission meeting begins at 6 p.m. in the council chambers at West Bend City Hall. The meeting is open to the public.