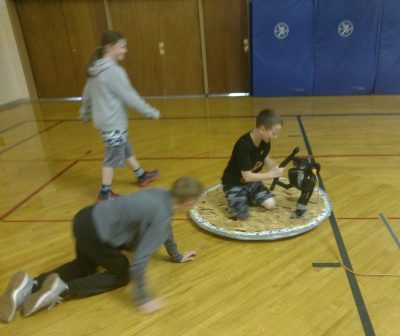 May 8, 2017 – West Bend, WI – This year’s Future Scientists and Engineers of America (FSEA) sessions at Holy Angels School concluded with a unit discovering the power of air.
Led by volunteer Andrew Busch, the participants started small with mini hovercrafts made with CDs and powered by balloons…but big ideas need bigger applications! 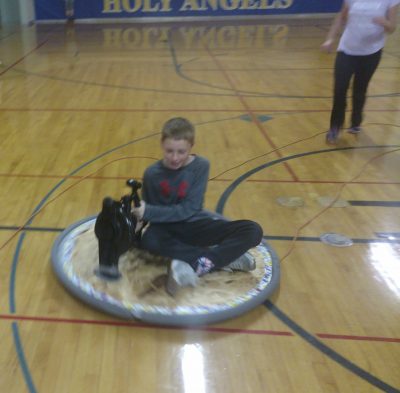 The following week, members worked at building person-sized disks which they hoped would serve as personal hovercrafts (with the right amount of air force).

In the final session, the participants gathered in the gym, equipped with their disks and some blowers which provided enough air pressure to keep the hovercrafts aloft.

Students were able to ride their craft to victory in a few races across the gym. 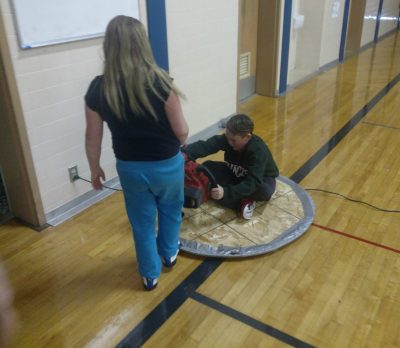