April 1, 2020 – West Bend, WI – There are two men running for alderman to represent District 7 in West Bend in the April 7 election. 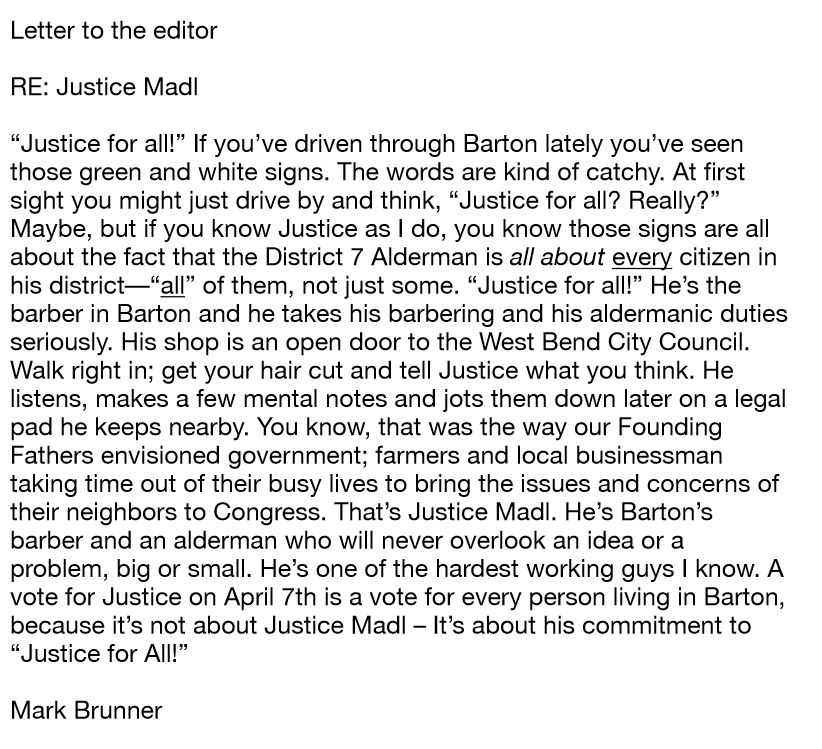