Meet the men behind 100 Years in Titletown at The Columbian

West Bend, WI –  An event to benefit Albrecht Free Clinic on Wednesday, December 18 at The Columbian in West Bend. 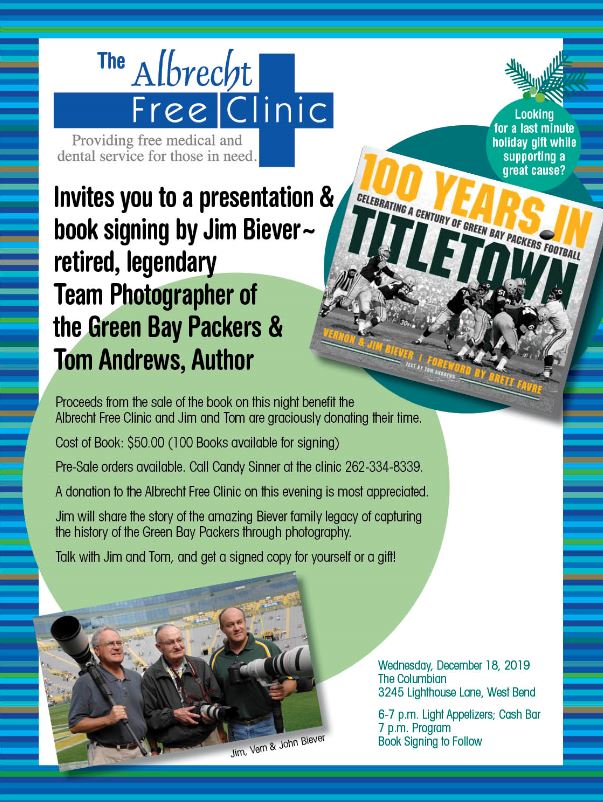 Albrecht Free Clinic holds the last 100 copies out of 10,000.  A second production of the book is not expected.

Tom Andrews, the author, is a Hartford resident.  Jim Biever is from Port Washington.

Andrews and Biever are donating their time (value of $400 each) as well as the book proceeds.