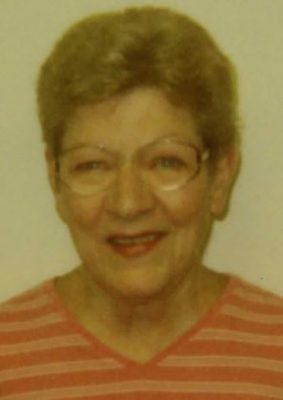 Bev was born on September 26, 1937, the daughter of the late George and Martha (Becker) Burger. On May 25, 1957, she was united in marriage to Robert Stadelmayer at Bethesda Evangelical Lutheran Church in Milwaukee. Robert preceded Bev in death on September 5, 1992.

Bev enjoyed summer vacations and going up north fishing on the lake. She loved bowling and going to the casinos. Above all else she loved her four sons, grandchildren, great-grandchildren and all of her family.

In addition to her husband and parents, Bev was preceded in death by a sister-in-law, Ruth (George) Figarino and two brothers-in-law, Charles (Ruth) Stadelmayer and Roger Steglitz.

Funeral services will be held at 4:00 p.m. on Sunday, September 10, 2017, at Pilgrim Evangelical Lutheran Church, 462 Meadowbrook Drive, in West Bend, with Rev. Christopher Raffa officiating. Cremation will follow the traditional funeral and a burial of cremains will be held at Washington County Memorial Park at a later date.

Bev’s family will greet relatives and friends at the church on Sunday from 2:00 p.m. until the time of service.

The Myrhum Patten Miller and Kietzer Funeral Homes have been entrusted with Bev’s arrangements.