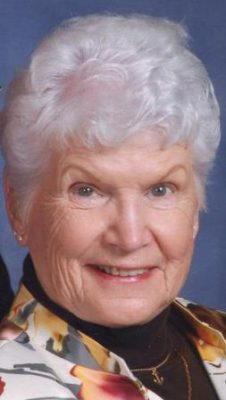 She was born on October 1, 1931, to the late Arthur and Marida (nee Aurig) Crass in Fillmore, Wisconsin.  She was baptized and confirmed at St. Martin’s Church in Fillmore.  She fell in love with Paul Schultz at a community picnic.  They were united in marriage on January 8, 1949.  Together they raised four children.

Carol worked many jobs over the years, but her main vocation was to her husband and family. She was a volunteer as a hospice caregiver.

She loved fishing from childhood. She took special pride in the Muskies she caught on Little Portage Lake in Land O’ Lakes, Wisconsin, where they lived from opening of fishing season to well into October.   Their first home was in Waubeka, Wisconsin, right across from the Milwaukee River where the family fished and enjoyed water sports.

She enjoyed many a game of cribbage, pinochle, sheepshead or Wahoo.  She also played golf.

Carol always had a hug waiting – even for a stranger.  She will be greatly missed by all who knew her.

In addition to her parents, she was preceded in death by her four brothers, Carl Crass, Earl (Laverne) Crass, Lee (Winnie) Crass, and Clyde (Lucille) Crass; and a sister, Marcella Crass.

The family will greet relatives and friends at the funeral home on Friday from 4:00 p.m. until the time of service.

In lieu of flowers, memorials to Kathy Hospice in Carol’s name are appreciated by the family.