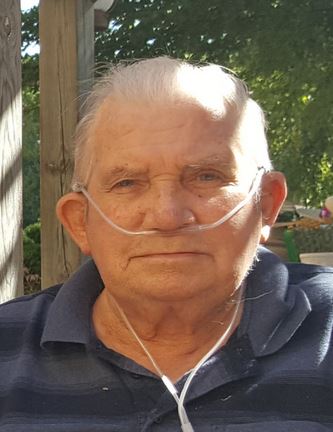 Doug was employed by Regal Ware for 28 years as a supervisor and chief inspector.  He was a member of the 25 year club at Regal Ware as well as the Random Lake American Legion and VFW in Milwaukee.  Doug also was a long time member of Immanuel Lutheran Church in the town of Scott where he served as financial secretary for several years.

A funeral service for Doug will be held at 4:00 p.m. on Sunday, October 23, 2016, at Immanuel Lutheran Church in the town of Scott with Rev. Brian Krueger officiating.

The White family will great relatives and friends at the church on Sunday from 2:00 p.m. until the time of services.

In lieu of flowers, memorials to Immanuel Lutheran Church are appreciated.

The Myrhum Patten Miller & Kietzer Funeral Homes have been entrusted with Doug’s arrangements.  Additional information and online guestbook may be found at www.myrhum-patten.com.

The family would like to express their appreciation to the staff on Forest View of Cedar Community, Sherry with Cedar Hospice and Sheepshead Joe from Eden.