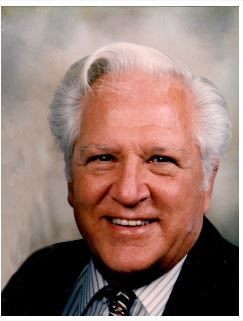 Dwight married the love of his life, Arla Mae Glaesman and they spent their life together making music. Dwight and Arla were longtime members of the Wauwatosa Avenue United Methodist Church and he was active in the Milwaukee Acapella Choristers.

He proudly served in the U.S. Army during World War II and spent his professional career with General Electric.  After retiring from G.E., Dwight and Arla moved to Big Cedar Lake in West Bend, where they enjoyed spending time with their family and friends. He was a member of the Scenic View Tuesday Night Twilight Men’s Golf League for many years, counting every stroke and everyone else’s.

A funeral service in remembrance of Dwight will be held on Monday, January 29, 2018 at 1:00 p.m. at Wisconsin Memorial Park, 13235 W Capitol Dr, Brookfield, WI 53005. Dwight’s family will greet relatives and friends from 11:30 a.m. until the time of the service. Entombment will immediately follow the service.

Dwight’s family would like to thank Serenity Hospice for their compassion and care.