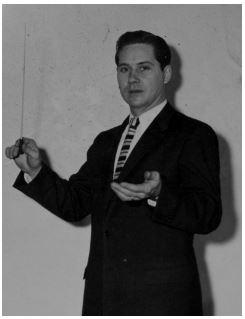 Frank loved his family and enjoyed spending the summers with them in Boulder Junction, Wisconsin, chasing muskies and stocking the freezer with crappies. He taught music in West Bend for a majority of his 37 year career and was overjoyed whenever he bumped into his former students.

In addition to his parents, he was preceded in death by his beautiful wife, Shirley; sisters, Jean and Delores; and brothers, Bob and Bill.

Frank’s family would like to offer their thanks to the nurses and staff at The Kathy Hospice of the Town of Polk for their love and care of their father and friend as well as the tremendous staff of Cedar Bay West. He will be missed by all those whose lives he’s touched.

Donations in Frank’s name would be appreciated to The Kathy Hospice.

The Myrhum Patten Miller &Kietzer Funeral Homes have been entrusted with Frank’s arrangements.