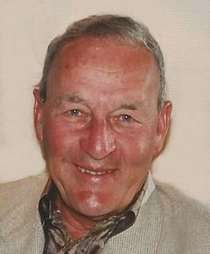 On November 28, 1953 he was united in marriage to Mary (nee Way). He served as an officer in the Corps of Engineers, US Army from 1953-1955. Gerald enjoyed a long career in construction management and consulting and was the owner of Ma-Con Construction.

He was also a vice president and honorary member of the Mason Contractors Association of America.  Gerald enjoyed hunting, golf and tennis.  He also loved watching sporting events.  He was a member and past Commodore of Cedar Lake Yacht Club.

Gerald is preceded in death by his parents, Louis and Priscilla (nee LaFave); daughter Kelly Roesler and daughter-in-law Barbara Dufour.

The family would like to extend a special thanks to the staff members of Cedar Bay East and to Dr. Charles Kaufmann for his care given to Gerald.