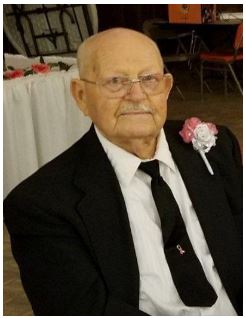 Ike was born on February 22, 1930, in Sheboygan County, the son of the late Gerhard and Leona (nee Ramthun) Kumrow. On November 4, 1951, he was united in marriage to Janet Garbisch at Immanuel Lutheran Church in the town of Scott.

Ike was a graduate of Random Lake High School in 1947. He proudly served his country from 1952 – 1954, during the Korean Conflict. Ike spent two years with the Army Corp of Engineers in Fort Belvoir, VA. He received an Honorable Discharge and obtained the rank of Sergant.

During his career days, Ike was employed by the U.S. Department of Agriculture, U.S. Fish and Wildlife Service, Wisconsin Department of Natural Resources, and Sheboygan County Land and Water Conservation Department.

Ike was an active member of Experimental Aircraft Association, Charter member of Wisconsin Purple Martin Association, past president of an Airplane Flying Club, Aircraft Owners & Pilot Association, Harley Owners Group, Milwaukee Civic Riders Motorcycle Club, Wisconsin Trout Growers Association, past owner of Ike’s Automotive Repair Shoppe, and also owner of state license trout ponds. He raised Purple Martin birds for over 71 years. Ike was a member of Immanuel Lutheran Church in the town of Scott where he held many jobs and was a Sunday School Teacher. Ike was known for his numerous jokes and making people laugh.

Funeral service for Ike will be held at 4:00 p.m. on Sunday, September 30, 2018, at Immanuel Lutheran Church, W8497 Brazelton Drive, Random Lake (Town of Scott) (1 ½ miles straight south of Beechwood on Hwy. A, then Hwy HH – or – from West Bend north on Hwy. 144 to Hwy 28, left on Hwy. 28, less than a mile and then right on Paradise Rd. at church sign), with Rev. Kyle Kuehl officiating. Burial will follow in the parish cemetery.

Ike’s family will greet relatives and friends at the church on Sunday from 1:00 p.m. until the time of service.

Memorials to Immanuel Lutheran Church or to the family in memory of Ivan Kumrow is appreciated.

The Myrhum Patten Miller and Kietzer Funeral Homes have been entrusted with Ivan’s arrangements.