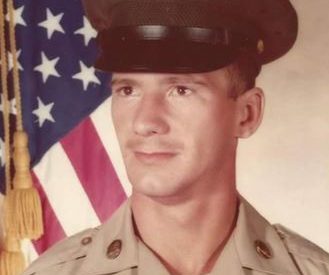 He was born on August 31, 1947 to Mathias and Margaret (nee Holderfield) Metz in West Bend. He graduated from Kewaskum high school in 1966. He honorably served in the United States Army. Jerry worked at the Regal Ware Co. in Kewaskum for many years then at the Carlisle/Titan Wheel Co. in Slinger, ending his career at the Matenaer Corp. of West Bend. He was a member of the American Legion. Jerry loved nature and feeding the squirrels. He especially enjoyed spending time and going for walks with his daughter and best friend Crystal.  Jerry was also an avid Packer fan which was reflected in all his memorabilia. He collected and videotaped every game.  He will be missed by all who knew him.

He is preceded in death by his father, Mathias Metz and three brothers, Michael Metz, Thomas Metz, and John Metz.

The family will greet relatives and friends at the funeral home Monday from 10:00 a.m. until the time of service.

The family would like to thank the nurses and staff at Aspirus Hospital for all their help and care.