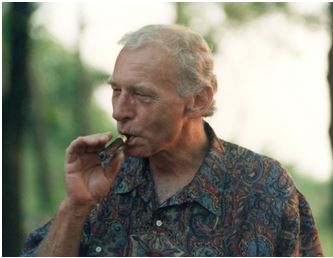 Oct. 24, 2016 – Kewaskum, WI – Joseph Erwin Matenaer was born on a farm in Kewaskum, Wisconsin on January 24, 1930.  He entered Heaven on October 22, 2016.  Joe was 86 years old.  He was the oldest son of Joseph and Florence Matenaer (Berres).  He was one of 9 children.  Joe reminisced often of the fun adventures and hard work of growing up on his family farm.  He graduated UW-Madison in 1956 with a degree in Bachelor of Science, Agriculture.  He was a Korean War Army Veteran, with the rank of Sargent.

Joe was the creator and President of The Joseph E. Matenaer Co., Inc. until his retirement.

Joe was known for his hard work on any project he tackled.  He had a fun and infectious laugh that was loved and imitated by many.  He was a master of biscuits on the beach and waffles on the deck.  He taught his children and grandchildren how to pray, fish with a cane pole, ski down bunny hills, enjoy beach life and the value of hard work.  He will be remembered for his love of family.  Joe loved making a great Manhattan and sharing one with a friend.

The family requests in lieu of flowers, that you would do an unexpected act of kindness for someone in Joe’s honor.

A cemetery service for Joe will be held at 11:00 a.m. on Saturday, October 29, 2016, in the Washington County Memorial Park Chapel. Rev. Justin Lopina will officiate and burial with military honor rites will follow in the cemetery.

We would like to thank all the wonderful, caring people from Cedar Lake Home Hospice.  A very special thank you to his devoted caretaker, Chris Schmitt.