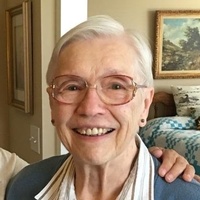 On April 24, 1953, she was united in marriage to Kenneth E. Smith in Christopher, IL.  While her husband served with the United States Army in Korea, she lived in Milwaukee.  Following his discharge, they lived in Wausau, and later settled in Green Bay.

Throughout her life, she volunteered her time and talent helping the young and old.  Her volunteer work at a nursing home led to a job as an activities assistant and was an avid Packer Fan.

Judy’s faith was an important part of her life.  Her family and friends benefited greatly from her daily devotions.

Visitation will be at Holy Angels Catholic Church on Wednesday, Jan. 17 from 11 until 11:45 a.m. with a Mass of Christian Burial to follow at 12 noon with Rev. Patrick Heppe presiding.  Burial will be in R. D. Smith Cemetery in Christopher, IL on Saturday, January 20.

Memorials for the benefit of the R. D. Smith Cemetery appreciated.