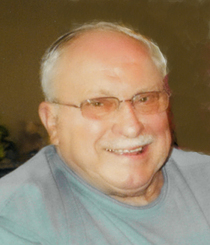 Ken was a member of St. Lawrence Parish since 1957 where he served as a lector for many years, was a former Parish Council President and was actively involved in the church.  He worked as a union carpenter for many years, but his greatest joy was seeing all of his kids, grandkids and great-grandkids do well.  He was very proud of them.

He was a member of Milwaukee Carpenters Local 2283 and the Marine Corps League.  Ken was incredibly proud of his service to our country as a U.S. Marine finishing his service as a Staff Sargent.

He is further survived by his brother Ron (Johanna) O’Brien, many nieces, nephews, other relatives and friends.

Ken is preceded in death by his wife and first love, Dorothy (nee Krebs); his wife, Audrey (nee Mueller), and his brother Tom (Judy) O’Brien and sister, Dolores O’Brien.

The Mass of Christian Burial will be held on Thursday, December 22, 2016 at 6 PM at St. Lawrence Catholic Church (4886 Hwy 175, Hartford) with Fr. Davies Edassery and Fr. Richard Stoffel presiding.  The Visitation will be held at the church immediately prior to the funeral starting at 4 PM.  Final place of rest, St. Lawrence Cemetery.