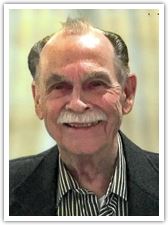 He was in the U.S. Navy as a cook and baker on the USS Leyte CV32. Ken married his love, on May 7, 1955 at St. Sebastian’s in Milwaukee, WI. Beginning his Tool & Die apprenticeship in 1952 at Globe Union, Ken retired in 1992, after working at Badger Meter for 39 years. He enjoyed nature, animals and was a quiet, loving man who loved being with his family.

Ken is survived by his loving wife of 63 years, Mercedes; children, Scott (Ruth), Dana Chalmers, Drew (Shelley); grandchildren, Garrett and Devon Chalmers, Jessy (Bob) Perdan and Laney Vanscoy and his sister, Pat (John McDonald) Drake. He is further survived by nieces, Amy and April and their families, other relatives and many friends.

Ken is preceded in death by his parents and his parents-in-law John and Genevieve (nee Pottner) Ironside.

A special thank you to Dr. Mani and the MCU team at St. Joseph’s Hospital in West Bend.