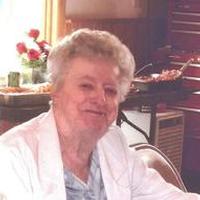 She attended Cheesville Elementary School and then West Bend High School, graduating with the Class of 1944.

Immediately following high school graduation, she accepted a civil service secretarial position with the City of Chicago at the War Production Board. A short time later, she returned to West Bend, working several local jobs.

For more than 25 years, she worked at Line Material/Bermico Company. After the company closed, she worked part-time at Hydraulic Gear for a few years before her retirement.

On August 11, 1951, she was united in marriage to Wallace Winninghoff. Together, they enjoyed traveling, especially to Packer games.

In her later years, she liked to spend her time watching football and baseball on TV, daily walks when the weather permitted, doing cross-word puzzles and also watching TV quiz shows.

She was a member of Immanuel United Church of Christ, Women Of The Moose West Bend Chapter 732 and the Adrian Neubauer Post 8658 VFW Ladies Auxilary.

Funeral services will be held on Thursday, May 11 at 3 p.m. at the Schmidt Funeral Home in West Bend with Rev. Howard Kusler officiating. Burial will follow in Newark Cemetery. Visitation will be at the funeral home on Thursday from 1 until 2:45 p.m.