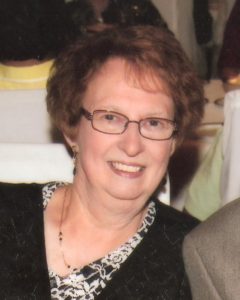 After graduating from Medford High School with the Class of 1964, she attended beauty school in Eau Claire.

Following her marriage to Dennis A. Wohlt on October 5, 1968 in Medford, the couple lived in Milwaukee for a couple of years before moving to Jackson. A few years later, they settled in West Bend where they made their home and raised their family.

For her entire career, Rachel worked as a beautician. She worked at many area salons before retiring from Family Hair Design. She volunteered at The Kathy Hospice and was a member of the Women Of The Moose, West Bend Chapter #732.

In addition to her parents, she was preceded in death by 2 brothers Norbert and Terry Molitor and her father-in-law Arthur Wohlt.

A Mass of Christian Burial will be held on Tuesday, September 13 at 6 p.m. at Holy Angels Catholic Church with Rev. Jerome Repenshek presiding. The family will greet relatives and friends during a period of visitation at the church on Tuesday from 4 until 5:45 p.m.