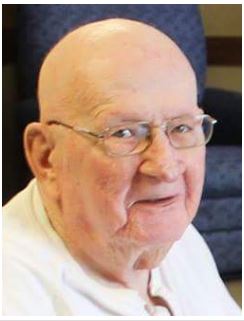 Red was born on August 29, 1938 in Milwaukee to Lucian and Sylvia Habersetzer  (Kwiatkowski).  On August 29, 1970, Red was united in marriage to Sandy Kohn at St. Peter’s United Church of Christ in Saukville.

Red graduated from High School in Milwaukee.  He retired from Gruber Tool & Die.  Red was a man of many talents.  He enjoyed hunting, fishing, wood carving, painting, cross-country skiing, listening to classic country music and playing cards.  He also liked to travel Up-North to the cottage and especially loved spending time with his family, friends and dogs.

In addition to his parents, Red was preceded in death by his son, Steven Habersetzer.

Red’s family will greet relatives and friends at the funeral home on Friday from 4 pm until the time of service.

Red’s family extends their heartfelt appreciation to the staff at Samaritan Center, especially Nina, Deb, Kourtney and Cathy for the loving care they provided.

The Myrhum Patten Miller & Kietzer Funeral Home of West Bend has been entrusted with Red’s arrangements.