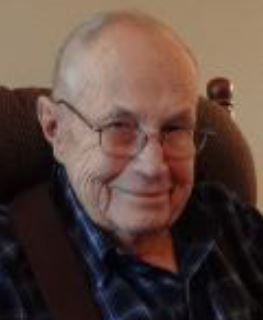 He was born on September 15, 1922, the son of the late Robert and Regina (nee Dobberfuhl) Bellin.   Bob was united in marriage to Elizabeth “Betty” Siegesmund on August 17, 1946 at St. John’s Lutheran Church in Wauwatosa.

Bob and Betty enjoyed traveling throughout the United States and Europe.   In his retirement years Bob cherished his time fishing and playing with his grandchildren and great-grandchildren.

A Funeral Service for Bob will be held at 2:30 p.m. on Wednesday, December 28, 2016, at Trinity Ev. Lutheran Church, 1268 Pleasant Valley Rd, in West Bend.  Rev. Ken Mellon will officiate and burial will follow at the church cemetery

The Bellin family will greet relatives and friends at the church on Wednesday from 1:00 p.m. until the time of service.