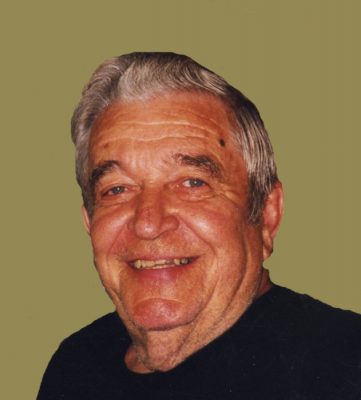 He was born on December 5, 1926 to the late Frank and Lydia (nee Hafemeister) Miller Jr. in the Town of Farmington. He graduated from West Bend High School in 1944. Gus honorably served in the United States Army Corp in the Military Police. On August 28, 1948, he was united in marriage to Connie Ward at St. John Lutheran Church, West Bend. He worked with his father at the Deep Rock Gas Station and eventually took it over. Gus worked as a service technician at the Gehl Company. He finished his career as an owner/operator of Veterans Taxi Company. He was a member of the VFW. Gus liked hunting, fishing, and traveling to Las Vegas. He enjoyed working around the house gardening. He will be missed by all who knew him.

In addition to his parents, he is preceded in death by his wife Connie Miller; a son Glenn Miller Sr; daughter-in-law, Karen Miller; and beloved pet Fugi.

The family will greet relatives and friends at the church on Saturday from 1:00 p.m. until the time of service.

Memorial to the Stars and Stripes Honor Flight, Wisconsin, P.O. Box 636, Port Washington 53074, in Gus’s name are appreciated by the family

A special thank you to the nurses and staff at Cedar Community for all their help and care.

The Myrhum Patten Miller & Kietzer Funeral Homes have been entrusted with Silas’s arrangements.