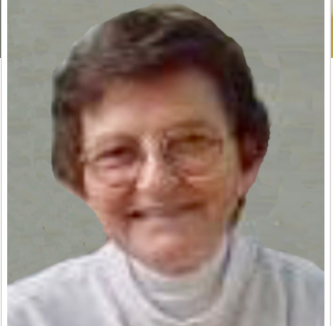 Celia graduated from West Bend High School in 1954. She enjoyed spending time with her family and staying up-to-date on the activities of her grandchildren and great-grandchildren. Celia was selfless and always put everyone else first. She was a two-time cancer survivor. Her quality of life for the past twenty years was diminished, but she was stronger than anybody will ever know. Celia’s favorite time of year was Christmas. The entire family would get together at her home on Christmas Eve. She was a voracious reader and loved reality television. Celia and Roy traveled around the United States and her favorite destination was Hawaii. She enjoyed snowmobiling and kicking it up at weddings to her favorite polka songs.

In addition to her parents, Celia was preceded in death by three sisters, Angie Nichols, Barbara D’Aoust and Naomi Patton.

Celia’s family will greet relatives and friends at the funeral home on Monday from 10 a.m. until the time of service. Memorials to Trinity Lutheran Church in West Bend preferred.

Celia’s family extends their heartfelt appreciation to the staff at St. Joseph’s Hospital for the loving care they provided.

The Myrhum Patten Miller & Kietzer Funeral Home of West Bend has been entrusted with Celia’s arrangements.