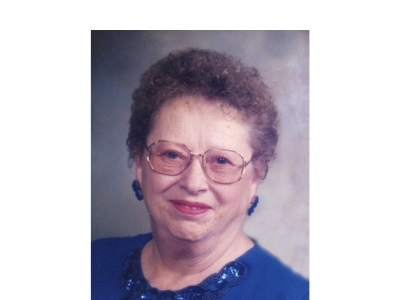 Charlotte was born on May 24, 1931, in Stone Bank, Wisconsin, the daughter of the late Neil and Eva (nee Shoemaker) Sorensen. On December 10, 1949, she was united in marriage to Charles E. Clark Sr in Stone Bank, Wisconsin. He preceded her in death 1969. On October 31, 1970, she was united in marriage to Robert Biersack in Rockton, Illinois. Robert preceded her in death in 2005.

Charlotte enjoyed going to rummage sales and was a big time collector of new and old items. She loved being on the lake and entertaining people at her lake home on Wallace Lake. She would welcome anyone into her home with open arms. Charlotte enjoyed going out to eat with her family and a lot of friends. Above all else, Charlotte loved her family and friends and would do anything for them.

In addition to her parents and husbands, Charlotte was preceded in death by a step-grandchild-in-law, James Reuter; a sister, Margaret (Erv) Olson; a brother, Douglas Sorensen; and a brother-in-law, Robert Dautermann.

Funeral services for Charlotte will be held at 4 p.m. on Sunday, April 28, 2019, at Myrhum Patten Miller & Kietzer Funeral Home, 1315 W. Washington Street, in West Bend. Burial will take place on Monday at Glenview Cemetery in Ixonia at 10 a.m.

Charlotte’s family will greet relatives and friends at the funeral home on Sunday from 2 p.m. until the time of service.