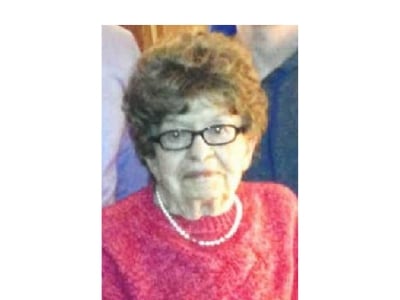 Tudy had had various jobs in Jackson as a telephone operator, store clerk at Hoge and Gumm’s, and retired from Badger Lab in 1982. She and Carl were avid Brewer fans and went to Spring training in Arizona for 20 years. She was also a Charter member of the Sgt. Henry F. Gumm Post #486 Auxiliary and held many different offices as a 70-year member. Delores was also a lifelong member of David’s Star Lutheran Church as well as a member of the Hartford Senior Friends and enjoyed playing cards there.

She is preceded in death by her parents; husbands, Victor Tennison and Carl Heimerl.

Funeral services for Dolores will be celebrated on Saturday, May 18, 2019 at noon at the Shimon Funeral Home (824 Union Street Hartford, WI 53027) with Rev. Kurt Loescher. Family will greet relatives and friends at the funeral home on Saturday from 10 a.m. – 11:45 a.m.

The family would like to express their sincere gratitude to the care givers at the Waterford in Hartford for their loving care of Tudy.