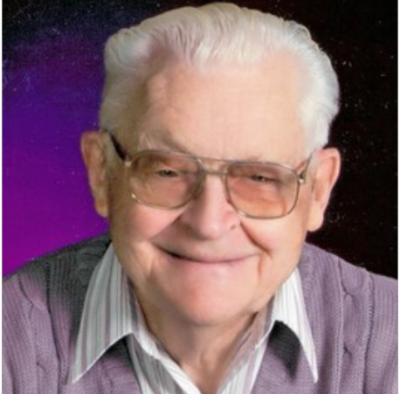 Fritz and Agnes were married on September 30, 1950. They had 7 boys who presented many challenges which they faced together without issue but used love and a firm hand.

Fritz started as a hired hand on farms at a young age, then worked for Dairyland Seed for a number of years before becoming a self-employed carpenter. During that time he became a Master Carpenter, learning from his father, and then passing the skills he learned to his sons. If you ever worked with him, you could rest assured the job was done correctly and made to last.

In his later years, he started growing grapes. He developed his winemaking skills until he was spot on, just like his carpenter skills. Agnes and Fritz enjoyed taking day trips to the casino to break the monotony and try their luck. Agnes always seem to have better luck.

The family would like to thank the staff at Serenity Villa at Slinger for extra attention they provided for our father to make him welcome and comfortable. Also, the staff from Horizon Hospice for making his last few weeks comfortable.