December 3, 2019 – Lomira, WI –John Christopher Mason, 75, was welcomed home by his Heavenly Father on December 2, 2019. He battled with dementia and congestive heart failure for the past five years, but always had a smile on his face and enjoyed time shared with his family. 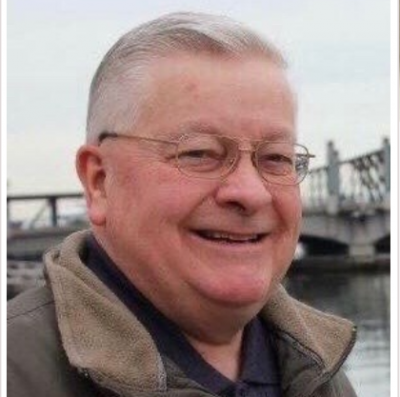 John was born on August 2, 1944 to John E. and Carma V. (Woodruff) Mason in Rochester, MN. He graduated from Lourdes High School in Rochester, MN. John went on to receive his Bachelors Degree from St. Mary’s University in 1966 and his Masters from Winona State University in 1973, both in Winona, MN. John married the love of his life, Anita (Korish) Mason on June 7, 1969. John was a loving, kind, generous and giving man who always put others first.

John always made himself visible to every child and wanted them to be successful. He was a mentor to so many students and cared for their well-being. He would greet the children by name as they exited off the buses and would not enter school until the last child had done so. His care and concern for others always showed through his actions. He had a way of making everyone feel special.

John made Lomira a great place to grow up and live to so many in the community. He received the Citizen of the Year award in 2002.

John received the Advocate for Children award in 2005.

John served on the Board of Directors for the Lomira Area Education Enrichment Foundation, the Wisconsin Educational Foundation Network, MPTC, Public Libraries for Lomira, Theresa and Brownsville, Dodge County Agriculture Education Extension Committee and Land Conservation Committee. He was also passionate about being a member of the Lomira Lions Club for the past 40 years.

He was a member of St. Mary’s Catholic church in Lomira and served in various capacities. He faithfully attended church weekly and was a part of the Parish Council.

Throughout his life, John’s top priority was always his family. Whether that was attending any sporting event and cheering on his grandchildren, taking the boys to get haircuts on Saturday mornings, once a month at Joseph Anthony’s or the numerous trips to McDonald’s together, family came first.

He is proceeded in death by his son, William John; his parents, grandparents, mother-in-law, father-in-law and a nephew, Anthony Hoel.

In lieu of flowers, a Scholarship Fund will be set up in John’s name for The School District of Lomira or Agnesian Hospice – Memorial Fund.

John’s family would like to thank Agnesian Hospice, especially Sarah Wrzesinske, CNA and Andrea Weigand, APNP, John’s primary care provider as well as all our family and friends for their continued prayers and support through this journey.

John’s family asks that you spend time with your children, take a walk with your loved ones and make a toast to enduring friendships lifelong and beyond. That is what John would wish for you.

As John wrote at the end of his Citizen of the Year speech, “May God continue to bless our great school districts, our great communities and our great country!”