May 21, 2019 – West Bend, WI – Joyce Joan Simons (nee Wiskirchen), formerly Coughlin, 97, of West Bend was called home to be with the Lord on May 16, 2019 at Froedtert St. Joseph’s Hospital in West Bend surrounded by her loving family. 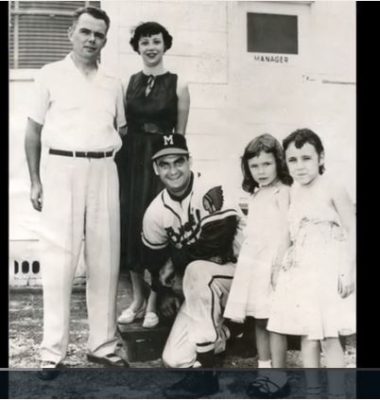 Joyce was born on July 9, 1921 to John and Elizabeth Wiskirchen (nee Noesen).  She was united in marriage to William Coughlin on September 26, 1942 at Holy Angels Catholic Church in West Bend.  William passed away in 1974.  Joyce was united in marriage to Robert Simons on November 26, 1976 at St. Frances Cabrini in West Bend.  Robert passed away in 2003.

Joyce was a lifelong resident of West Bend.  She graduated from West Bend High School in 1939 and attended the University of Wisconsin in Madison.  Joyce was a charter member of St. Frances Cabrini Catholic Church in West Bend.  She loved golf and was a charter member of Hon-E-Kor Country Club in Kewaskum.  Joyce appreciated being outdoors and liked gardening.  In her younger years, she enjoyed playing cards and was a member of a Bridge Club.  She participated in many activites at Cedar Bay East including Bingo and Yahtzee.

In addition to her parents, Joyce was preceded in death by her husbands, William Coughlin and Robert Simons; and brother-in-law, Chet Schroeder.

Joyce’s family will greet relatives and friends at the funeral home on  Sunday from 11 am until the time of service.  Memorials to St. Frances Cabrini Catholic Church or Cedar Bay East.

Thanks to the staff at St. Joseph’s Intensive Care Unit and Cedar Bay East for their thoughtfulness, kindness and the loving care that they provided to Joyce.

The Myrhum Patten Miller & Kietzer Funeral Home of West Bend has been entrusted with Joyce’s arrangements.

Click HERE to watch the tribute video to Joyce.