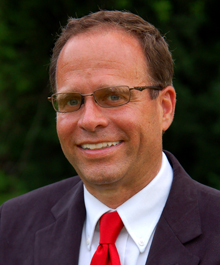 He was born on August 5, 1960 in West Bend to Gerhardt “Jerry” and Janine (nee Schnepf) Matenaer.

As a child, he attended local schools.  He also grew up helping on the family farm, raising beef cattle.

In the early 1990’s, Mark opened Mid-Cities Motorsports in West Bend, which he owned and operated for 13 years.  He later went on to earn his realtor’s license, and worked for Shorewest Realtors up to the time of his death.

Along with his love for motorcycles, he also loved photography.  He would often take pictures of family and friends.  Many of these photos would be given to friends and family as gifts.

He was a man of great faith.  We know his eternal life has begun and we will see him again.

Survivors include his 3 sons: Eric (Kaitlyn) of Wauwatosa, Troy and Ryan; his mother Janine; his former wife and mother of his children Terri Matenaer of West Bend; 2 sisters Linda (Carter) Thomas of Franklin and Lisa (Thomas) Breitrick of Milwaukee; 1 half-sister Melissa Matenaer of Milwaukee; 1 sister-in-law Kay Matenaer of West Bend; nieces and nephews: Samuel, Matthew and Kylie Breitrick and Tayler, Lauren and Madisen Matenaer; other relatives and friends.

He was preceded in death by his father Jerry and one brother Scott.

A Mass of Christian Burial will be Tuesday, August 20 at 1 p.m. at St. Frances Cabrini Catholic Church, West Bend, with Rev. Andrew Infanger presiding.  Private burial will take place.  The family will greet relatives and friends during a period of visitation at the church on Tuesday from 11 a.m. until 12:45 p.m.

Those who wish may give memorials for the benefit of Mark’s children.