August 29, 2019 – Jackson, WI – Orville H. Burtard of Jackson, formerly of West Bend and Theresa, died on Thursday, August 29, 2019 at the Samaritan Health Center at the age of 83. He was born on October 7, 1935 in Owen, WI to the late John and Elda (nee Buss) Burtard. He grew up in Clark County, attending local schools, graduating from Owen High School. He then moved to West Bend. 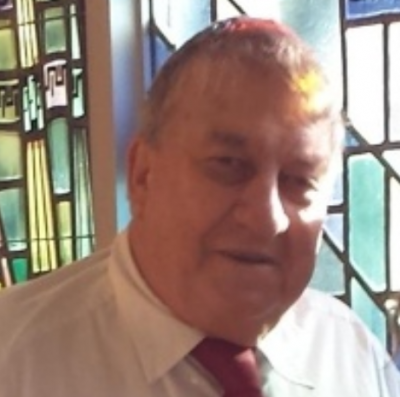 For many years, he worked for Mercury Marine in Fond du Lac and Grafton as a payroll time-keeper. Later, Diane and Orv worked together for Wauwatosa Realty for several years before starting a real estate company of their own, Burtard Realty.

In 1981, Diane and Orv realized their dreams of owning a tavern, Function Junction of Theresa Station, WI. They operated, owned, provided entertainment and fun for all who entered in the doors for 21 years. He continued to offer his entertainment skills and talents at any parties, gatherings or family functions. He always had his guitar with him.

Throughout his life, he was handy with his hands and loved to tinker. He was always looking for a deal at a rummage sale. Another passion in his life centered around aviation. He enjoyed attending the annual EAA Fly-In in Oshkosh.

In addition to his wife and parents, he was preceded in death by 1 stillborn daughter Doreen.

Memorial services will be held on Wednesday, September 4 at 11 a.m. at the Schmidt Funeral Home in West Bend with Rev. Paul Mittermaier officiating. The family will greet relatives and friends at the funeral home on Wednesday from 9 until 10:45 a.m.

Orv’s family would like to extend a sincere thank you to Heidi and her staff at Ivy Manor in Jackson for their care, comfort and friendship for many years. Also a thank you to the staff at the Samaritan Health Center for caring for Orv in his final days.