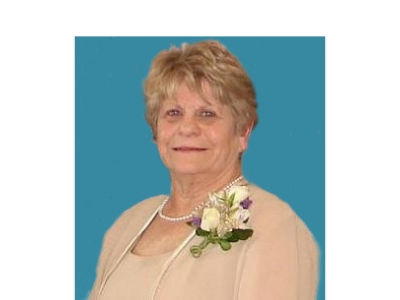 Shirley was born on April 8, 1936 in Racine to Frank and Anna (Meyerhoffer) Felber.  She graduated from Park High School in Racine.  On February 13, 1954 Shirley was united in marriage to Charles W. Enright at The Little Brown Church in Nashua, IA.  Together they had seven children who have remained very close to her throughout her life.  Aside from raising her family, Shirley owned and operated Country Velvet Gift Shoppe with her dear friend Nell Stehr. She later worked at Amity Leather Products for 25+ years until she retired. Towards the end of her retirement she owned and operated Shirley’s Cards & Gifts in Newburg for another ten years.

Shirley loved her huge family and frequent gatherings full of love and laughter.  Her many dear friends made her life special and she particulary enjoyed getting together with them on Mondays to play cards.

Shirley’s family will greet relatives and friends at Church on Saturday from 12:00 p.m until the time of service.  Memorials to St. John’s Ev. Lutheran Church.

Shirley’s family extends their heartfelt appreciation to the staff at St. Luke’s Medical Center Neuro ICU for the loving care they provided.