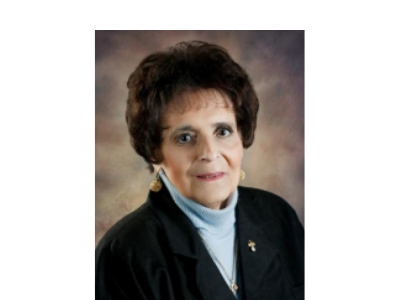 Shirley babysat and waitressed as a teenager. From age 16, she was a switchboard operator for the telephone company in Hartford for 10 years and then Milwaukee for three years. Beginning in 1963, Shirley was a medical receptionist with Dr. James Algiers, then Drs. Hoffmann & Algiers, then the Hartford Clinic, and then the Parkview Clinic for 22 years. From 1986 until her retirement at age 55 in 1990, Shirley and her husband, Jim, owned and operated Hartford Sentry Foods where she was the cashier. She was a long-time member of the Hartford Auxiliary, serving as its president, v.p., etc.

Shirley lived at Pike Lake for fifty years, traveled to Hawaii and Europe, and cruised the Caribbean. She liked to cook, knit, croquet, macramé, decorate, shop, grow plants, collect things and watch sports and game shows. She loved makeup, nail polish, hairstyles, clothes and jewelry. She was proud and feisty.

Visitation will be on Thursday, May 2, from 10 a.m. at St. Kilian Catholic Church in Hartford, until the Mass of Christian Burial at Noon, followed by burial at St. Kilian Cemetery New, West State Street.