May 18, 2019 – Dodge Co., WI — On Armed Forces Day, Saturday, May 18, one American flag will embark on a 110-day journey, transported 14,500 miles through all 48 continental states by motorcycle riders in a city-to-city relay that raises funds to support disabled veterans. 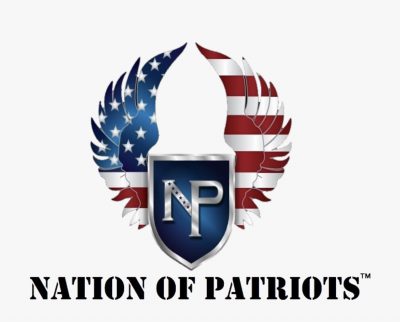 Following a 10 a.m. ceremony, the 10th annual Patriot Tour launches from downtown Beaver Dam at 11 a.m., traveling 115 miles to its first stop in Fennimore, a rural community in southwest Wisconsin. The Patriot Tour, presented by the Nation of Patriots, is a united effort that raises funds to support disabled veterans and their families and is the primary initiative through which the Nation of Patriots strives to unite Americans beneath our nation’s flag and honor the men and women who defend American freedom.

As an all-volunteer organization, with administrative costs covered by corporate sponsors, Nation of Patriots ensures that 100 percent of funds raised go directly to the veterans it strives to help. The organization works with VA facilities and other veteran organizations to identify the recipients of its funds.

“Almost as rewarding as meeting the families who have been helped by the Nation of Patriots is being able to look a donor in the eye and confidently tell them that 100 percent of their donation will be placed in the hands of a veteran in need,” said Bill Sherer, Nation of Patriots founder and executive director.

Nearly $1 million has been raised through this grassroots effort since the Nation of Patriots’ inception in 2009, Sherer said. Now in its 10th year, “we’re working to spread the message and blow the doors off of our fundraising goals. Our disabled veterans need and deserve all the support we can provide.”

The Patriot Tour returns to Beaver Dam on Saturday, September 7 with a noon motorcycle parade through the community’s downtown, Sherer said. The parade ends at historic Swan Park where a closing ceremony during which the flag will be retired, and celebration follow. 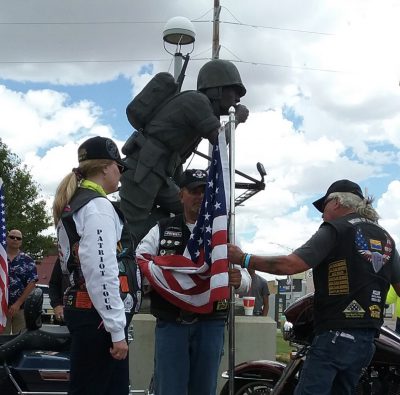 Founded by Sherer in 2009 after witnessing the hardships his friends endured after returning home from active duty, Nation of Patriots is a 501(c)3 organization that works on a national level to promote awareness of and financially support the physical, emotional and economic misfortune that disabled veterans and their families live with today and everyday.

More information about the Patriot Tour, the Nation of Patriots and donor opportunities can be found at nationofpatriots.org

About the Nation of Patriots™