Home  »  Uncategorized   »   One-on-one with Wendy Kudek as she bows out of The Fire Escape. Bob Bonenfant talks – French fries, dancing on the bar and dinosaurs in the parking lot 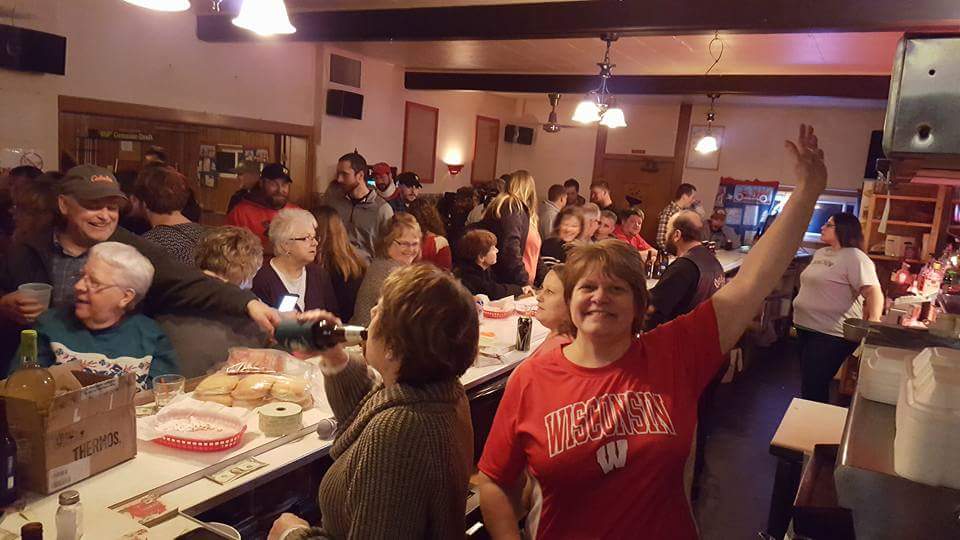 Dec. 13, 2016 – Fillmore, WI –   It’s been a little over a week a week since The Fire Escape in Fillmore officially changed hands. (The Esselmann clan is still in a state of shock.) Many neighbors made the bar and grill their regular stop on Friday nights for its popular fish fry  and local banter. Actually, I can still taste their delicious burgers – the secret there being buttering the bun and toasting it on the grill next to the burger. Smother it in onions and, well, it was delicious.

Fourteen and a half years. That’s how long Wendy Kudek ran the bar. Before she renamed it The Fire Escape it was Weinreich’s, where Virgil and Gloria operated it for almost as long as there even was a Fillmore (53 years). People can remember Virgil chasing dinosaurs outta the parking lot. That’s how long they owned the building. But that’s another story.

I sat down with Wendy just a couple days after her run as a bar owner ended. She was as she’s always been – friendly, upbeat, outgoing. Traits you’d expect, but not always get, when visiting a bar. Traits that come naturally to this human. She was also pretty tired. “The last three weeks have been crazy and our last Saturday night, well let’s just say it was a blur,” said Wendy.

How does one become the owner of a bar and grill? In Wendy’s case, that’s just what she did.

“I’ve bartended since I was 20. I lived in Arizona. I lived in Colorado. So I bartended everywhere. I moved all over the place. My daddy didn’t like me living that far away so he said if you come home I will buy you a bar. And he did.”

With that The Fire Escape was born. A lot of people dream about owning their own place. Most fail or don’t last long. It’s the nature of the business. Wendy said the transition from bartending to bar owning wasn’t that difficult for her. Any surprises?

“Not a lot. Everywhere I ever worked I worked for Jan Jordan,” she chuckled. (Jan is known for operating a bunch of local establishments, including the Snack Shack, the Escape, J.J. Dockers on Big Cedar among them.) “And she taught me a lot. I worked for Karen Rogne (now at Rock The House Pub & Grill) and I did a lot of the stuff that the owners even did. So it wasn’t really that big of a deal.”

When Wendy took over the old Weinreich’s she stabilized the hours and days that she was open and ordered a whole bunch of French fries.

“They did burgers and chips. That’s all they did during the week. The deep fryer was never on so people were like…’all we want is French fries.’ Well, I probably could pull that off…”

Things have changed in her industry.

“You used to go to your favorite bar…because as long as you had good food and you were nice and had good service and it was fun, people would drive there. That is not the case now. People do not drive anywhere anymore.”

“I’m exhausted. The biggest problem with the business right now…you can’t find help. You figure you get a little bit older. You can’t, you don’t want to do as much. You think you’d be able to hire a little bit more help. Nobody wants to work. Nobody wants to work Monday through Friday. Now try to get them to work on a weekend. It’s not gonna happen. I’ve been saying for years…it was hard to find good help in the beginning. Now it’s hard to find bad help.”

We chatted about all the memories. Wendy said there were plenty of tears the last night. I asked about the infamous time she got on the bar to do a little dance, decided it wasn’t that good an idea, and jumped off. Four months with a cast and crutches reaffirmed that idea. She gets razzed about it a lot. I couldn’t resist. “Did you finally do that dance on the bar your last night,” I prodded. 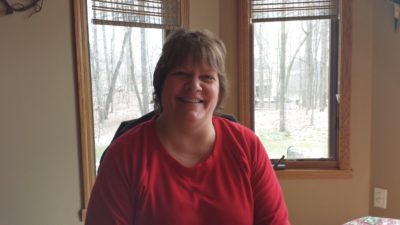 So now what? Future plans?

“I am just going to get a regular one-shift job that has insurance! I have a stack of names of people who have said I should just call them.”

No bartending? “Well, I’m sure I’ll have to bartend a little…”

We got to the inevitable question of regrets. Was there anything you regret…would do differently…if you could go back, change it a little bit?

“There’s lots of things that I kinda wanted to do. Again, the hardest part was I had a hard time finding help. So if you can’t find help and you have to be behind the bar all the time, planning special things or parties or adding more food, it’s hard to do that while you’re just trying to get through the day because I’m working open to close three or more days a week.”

Advice to anyone wanting to get into the business? Wendy laughed and without hesitation blurted out “Good luck.”

She gave her thoughts on why so many places change hands so often.

“I believe people buy bars because they think you do nothing all day but eat bon-bons and drink with the customers. They just don’t realize (all the work)…not that a lot of it is really hard work. You’re doing normal house-type work, cooking and cleaning. It’s just you’re doing that all day, every day.” She compared it to being a farmer – having a full time a.m.  and p.m. job. 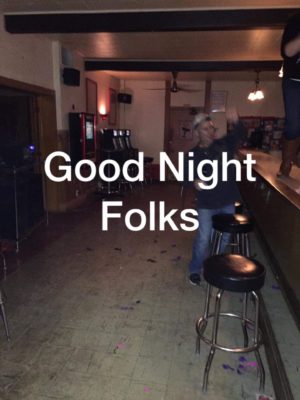 Wrapping things up, Wendy said she enjoyed her time at The Fire Escape and making friends was her favorite part. But we weren’t done. We kept talking over a beverage at the Bonenfant kitchen table for another three hours.

When she left I realized how empty Fillmore will be without that friendly unmistakable machine-gun laugh echoing through what was truly a social bar and grill, sitting on a corner in a small burg just outside West Bend, where Weinreich’s chasing dinosaurs once ruled the roost.