Home  »  Allenton • Washington County   »   Peeps, Peeps, how many different Peeps are there? By Ron Naab 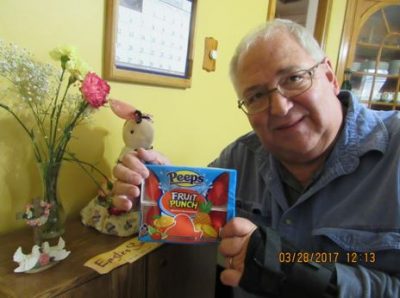 March 30, 2017 – Allenton, WI – On a recent shopping excursion with my wife, Ann, we came upon the section in the store selling Peeps; marshmallow candies shaped into chicks.

We were amazed at the different flavors the Easter Bunny can select from to surprise to us.

My first question was, “Who is this company that makes these things?” 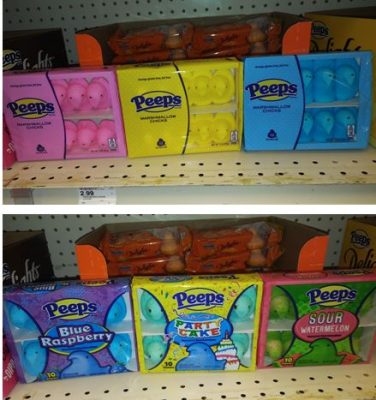 In 1959  he began producing Peeps in mass quantities.  Just Born is located in Bethlehem, Pennsylvania and sells their product throughout the U.S.A. and Canada.

In 1995 many new colors were added to the traditional yellow Peeps.

The Just Born Company promotes Peeps as gluten free and fat free; they even make a sugar free variety. 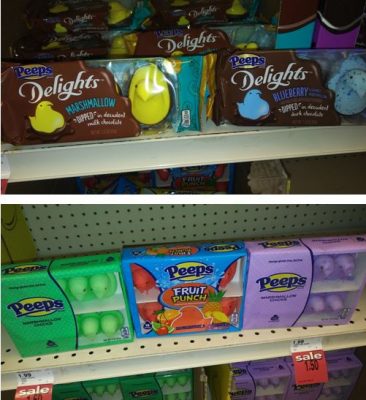 Not to be outdone,  vendors at the Wisconsin State Fair even have a variety of Peeps on a Stick!

Which flavor or color would you buy?